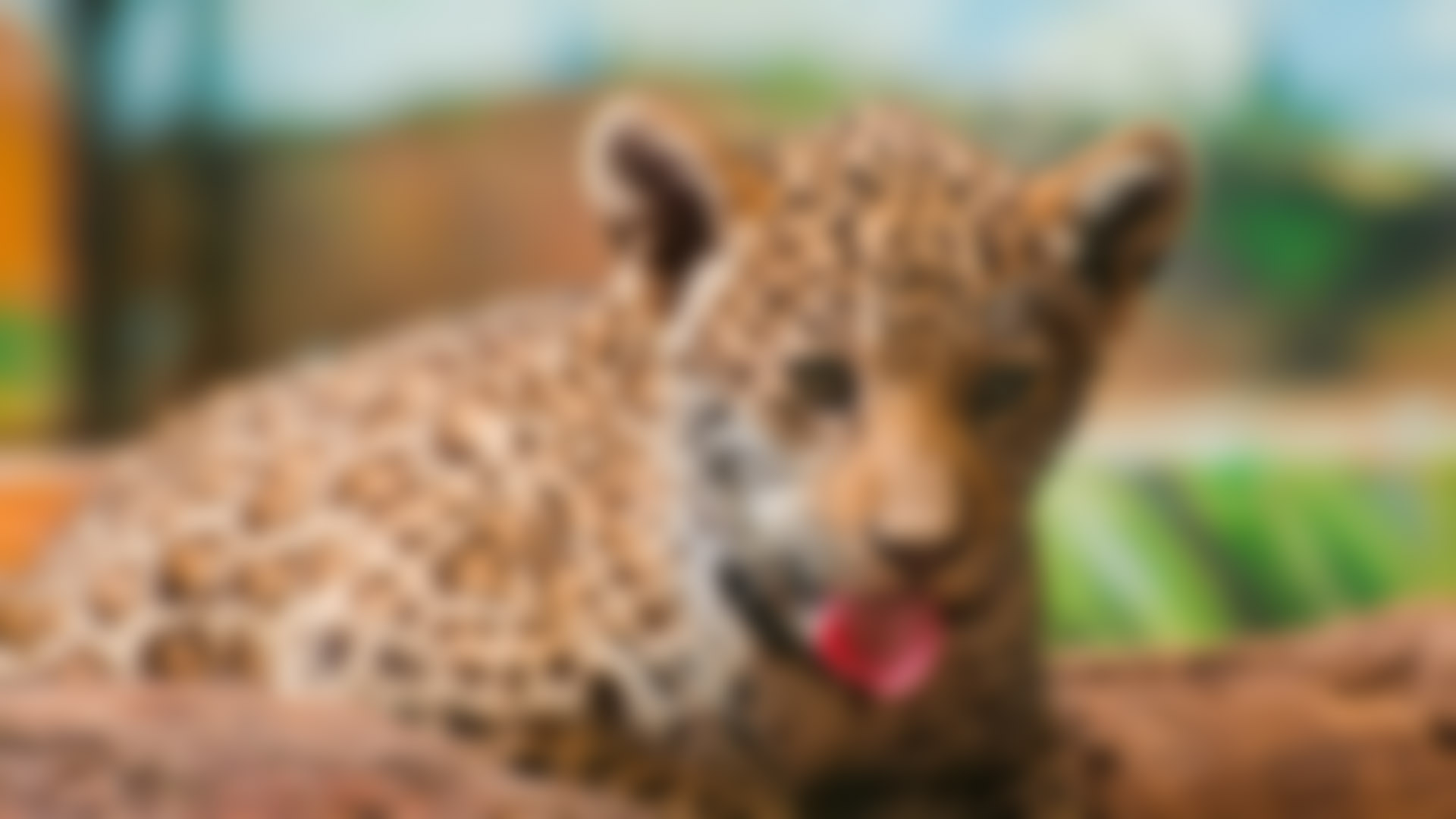 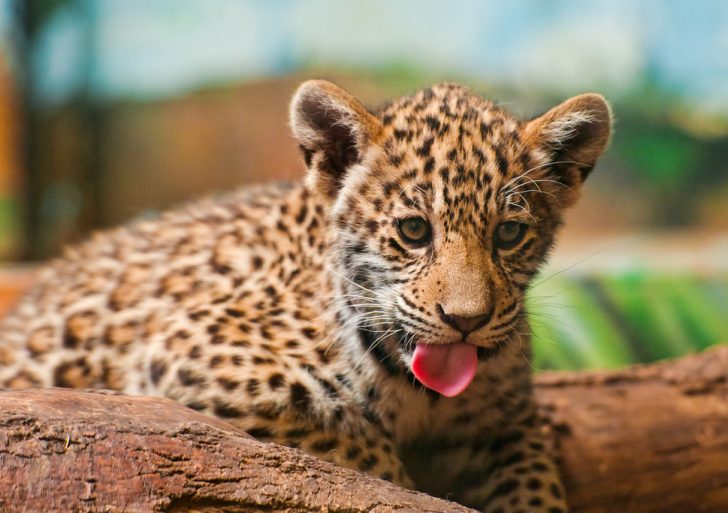 This is Mayra in the inner enclosure, when she was playing on the log and showing her cute pink tongue. Yes, I love when big cats show their tongue! 😉

The jaguar is a big cat, a feline in the Panthera genus, and is the only Panthera species found in the Americas. The jaguar is the third-largest feline after the tiger and the lion, and the largest in the Western Hemisphere. The jaguar’s present range extends from Southern United States and Mexico across much of Central America and south to Paraguay and northern Argentina. Apart from a known and possibly breeding population in Arizona (southeast of Tucson), the cat has largely been extirpated from the United States since the early 20th century.

This spotted cat most closely resembles the leopard physically, although it is usually larger and of sturdier build and its behavioural and habitat characteristics are closer to those of the tiger. While dense rainforest is its preferred habitat, the jaguar will range across a variety of forested and open terrains. It is strongly associated with the presence of water and is notable, along with the tiger, as a feline that enjoys swimming. The jaguar is largely a solitary, opportunistic, stalk-and-ambush predator at the top of the food chain (an apex predator). It is a keystone species, playing an important role in stabilizing ecosystems and regulating the populations of the animals it hunts. The jaguar has an exceptionally powerful bite, even relative to the other big cats.[3] This allows it to pierce the shells of armoured reptiles[4] and to employ an unusual killing method: it bites directly through the skull of prey between the ears to deliver a fatal bite to the brain.

Photo by Tambako the Jaguar